Internet of Things in 2016: 6 Stats Everyone Should Know

Internet of Things in 2016: 6 Stats Everyone Should Know

87% of people don’t understand this rapidly growing market. Do you?

The Internet of Things, which connects cars, homes, wearables, and everyday objects to the cloud, is a hot tech topic these days. Chipmakers such as Qualcomm and Intel are expanding into the space to diversify away from their core chip businesses. Smartphone makers such as Samsungand Apple are entering the wearables and smart home markets to expand their mobile ecosystems.

Yet according to Accenture, around 87% of mainstream consumers still don’t understand what the IoT market is. Therefore, let’s take a moment and review six key statistics that everyone should know about the Internet of Things.

All those connected devices will need optimized networking hardware, software, and processors. Cisco has introduced scalable solutions for deploying IoT systems, created analytics systems that analyze the accumulated data, and beefed up its cybersecurity portfolio to counter new threats. Intel and Qualcomm have both launched low-power IoT chips for wearables, drones, and other connected devices.

2. $1.7 trillion in spending by 2020
Research firm IDC estimates that global spending on IoT devices and services will rise from $656 billion in 2014 to $1.7 trillion in 2020. That growth is expected to be fueled by growth in devices, connectivity solutions, and IT services.

IDC believes that devices, which include modules and sensors, will account for 32% of that total. That growth will boost demand for “purpose-built” IoT platforms, application software, and cloud-based “as a service” solutions for device management. 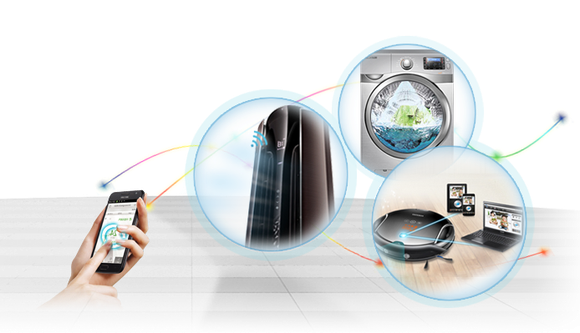 4. 90% of cars will be connected by 2020
By 2020, 90% of cars will be online, compared with just 2% in 2012, according to Spanish telecom provider Telefonica. That growth will support the in-car infotainment, autonomous-driving, and embedded OS markets.

On the software side, Apple’s CarPlay and Google’s Android Auto already mirror a mobile device’s display to the dashboard. Apple is rumored to be developing an autonomous vehicle, while Google has already test-driven its driverless car on public roads. As for embedded operating systems, BlackBerry‘s QNX will probably remain a top choice among automakers.

As for hardware, NVIDIA‘s Tegra chips currently dominate the connected-car market. Mercedes-Benz, Audi, Porsche, Bentley, and other automakers all recently showcased concept cars with NVIDIA-powered digital cockpits. However, Qualcomm and Intel are also aggressively expanding into this market. At the Consumer Electronics Show, Qualcomm revealed new automotive Snapdragon chips, while Intel teamed up with Jaguar Land Rover to connect its F-Pace SUV to the Internet.

The wearables market will connect to the smart-home and connected-car markets and open the doors to new automation solutions. Cars can be unlocked, started, or even summoned by a smartwatch. Wearables can also be used to open smart-home locks, automatically turn lights on and off, and communicate remotely with smart appliances.

6. An “industrial Internet” bigger than today’s China
General Electricestimates that the “Industrial Internet” market, which refers to connected industrial machinery, will add $10 to $15 trillion to the global GDP within the next 20 years. By comparison, the GDP of China is just over $10 trillion, while the U.S. has a GDP of $17 trillion. This means that more factory tasks will be automated and connected to the cloud, resulting in big improvements in the speed and efficiency of industrial production.

Looking toward a connected future
Looking ahead, the world will soon be filled with everyday objects connected to the Internet. To capitalize on that growth, tech investors should understand the fresh revenue streams which the IoT market can generate and identify the companies that will benefit the most from that connectivity.